Coding Spyware and Malware for Hire 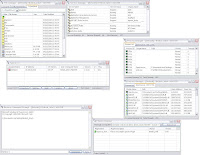 What type of antivirus evasion do you want today? For the past several years, we have been witnessing the emerging customerization applied in malware and spyware for hire services. What used to be a situation where the malware authors would code and then start promoting a piece of malware including features that he thinks his potential customers would want by generalizing a cybercriminal's needs, is today's "listening to the customer" win-win situation that they've reached already.

The whole maturity from a product concept to customerization is in fact so prevalent these days, that malware authors wanting to preserve their intellectual property are forbidding their customers from reverse engineering their malware modules, presumably fearing that remotely exploitable flaws like this one in one of the most popular Ebanker malwares for the last two yers Zeus, could be discovered due to the malware author's insecure coding practices. Moreover, limiting the distribution of a single license they are given to more than three people will result in the malware author ignoring any future business relationships with the party that ruined the exclusiveness of the malware, thereby leaking it to the public, something that's been happening and will continue happening with web malware exploitation kits.

What would be the price of a custom malware module coded on demand? How much does it cost to have a built in email harvester that would sniff all the incoming and outgoing email addresses from the infected host to later on include them in upcoming spam and malware campaigns? Would the malware author also provide a managed hosting service for the command and control and the actual binaries on a revenue sharing

Here's an automatically translated, and fairly easy to understand random proposition for coding spyware and malware for hire, aiming to answer many of these questions, clearly demonstrating that today's malware is coded in exactly the same way the customer wants it to :

"As you can see in the history of its development turned directly into the combine, while almost no raspuh in weight, full-size pack аж 18 kb and minialno 5 kb, for all nampomnyu again, all descriptions below can be done as otdelnym bot, and any combination of cross except for a few restrictions. This product is targeted at mass-user and will not be all prodavatsya row. So, you can choose from:

Actually loader - is able to load a file from adminki, by country and other characteristics, such as the number of animals on board with a specific bot, a country group of countries, the availability of certain authors or Fire, sredenemu time online, etc. etc.. You can adjust the speed of shipping limits for each file, can load 1 as well as how files simultaneously
300 €

FTP and not only Graber
Analyzes user traffic and collects from the ftp acclamation, that is ftp acclamation would you regardless of how the customer uses ftp user, thus can be obtained most valuable ftp aka (even those to which the password is not saved), you can also grab other in a way not only acclamation acclamation and other tasty things more)
150 €

Analyzes user traffic and collects from all email, snifit http pop3 smtp protocols, keeps records unikallnosti locally on each boat to reduce the burden on the server as well as globally on a server has 2 mode of operation - ie passive with only collects user to please and active - the very beginning to download the entire inet) in search of soap
220 €

Normal soks with competently implemented multithreading, is activated only if the user real Ip, otherwise not. And also optional, depending on the connection type and speed ineta.
70 €

The primitive method, contamination fleshek avtoranom gives 2-3% increase in the first week and up to 7% in the next, a pleasant trifle)
35 €

Loader supports internal scripting language - jscript, to carry out arbitrary actions on the victim machine, whether recording data in the register, setting authentic hon-Pago, opening URL in your browser (it was done so to please with 90% punching)), apload arbitrary files on a server, even theoretically possible to form and grabing inzhekty in IE) has only to write the script zaebetes, vobschem lyuboye actions soul who wish)
70 € basic functionality

Collects data such as passwords pstorage IE, MSN, etc., will be added at the request of other sources of passwords
70 €

When installing loadera wheelbarrows to remove BHO shaped three, zevso-shaped, the majority of shit from all avtoranov, render most keylogerov until all) forward proposals to improve
70 €

In exe loadera program URL (in adminke) to the file which once progruzit 1 and run at first start loadera on wheelbarrows, while simultaneously helping progruzke Trojan for example, in its entire botnet that does not paired with challenges in adminke, the module operates in 20 seconds after the mini - av which excludes the removal of your Trojan bot, after progruza this exe bot continues to normal activities.
35 €

While in beta version, robbed IE. Sends logs in adminku, folding country. Logs are like logs agent. It consists of:

On the idea is part formgrabera but could work and of itself, actually there is nothing to describe)

Literacy sold inzhekty, did not begin work after full progruza pages (as in bolshistve three) and immediately supported injection yavaskript code, which allows avtozalivy and DC inzhekty for data collection. For example not to yuzat acclamation at all is not yet introduce the necessary number of Britain, after which inzhekt ceases to operate. Вобщем mdelat can be anything and in any form) rather than the meager request field pin) And also inzhektov subspecies - a substitute for the issuance of search enginee.

Makes loot aka balances at the entrance to the user acclamation, detail added to the logs.

Universal method to grab information from absolutely any species and varieties klaiviatur screens, in particular html, flash, in one picture, with a drop-down fields after choosing your encrypted, as well as information such as "enter 3 yu secret letter word" etc. as well as any information which is visible a user but not seen in the logs. Screen settings of adminki, set URL where do screen as well as the type of screen: for virtual keyboard (done several small images of areas around the clique) or to "enter 3 yu secret letter words" (makes 1 full shot). With the withdrawal screen recorded in the log entry with the name of the file to the screen this position.

Feachem adminki, keep botnet enables fast, normal, bezglyuchnyh NEabuzoustoychivyh hosting, with features that you forget what abuzy, nohistory week saporta "abuzoustoychivogo" hosting inaccessibility host to half ineta etc., etc., also with the help of the supplement will be able to keep huge botnety (over SL) at 1 dedike with 512 Lake) and well on the price of hosting a savings, not $ 500 a month and 150. It may use this feature to stroronnim development, Trojans, bots, etc., actually is a separate product. And incidentally, if you do not understand the theory that nenado ask "and how does it work?" imagine that it works and point and neubivaemo in pritsnipe.
600 € +

All prices are in euros, the calculation is made at the rate of CB on the day of purchase. ps I will not disappear as most authors after months of sales, I DONT how to please you get to the assembly ftp, I DONT how many soap collects soap-graber, I DONT what otstuk from loadera, I DONT soksov how many will be from 1 to downloads, and how best To work load a file is not dead quickly, if you are confused my ignorance - that my loader so you do not need more tries)

-- Customer does not have the right to make any decompile, research, malicious modification of any three parts

-- Customer has no right where either rasprostanyat information about three and a public discussion with the exception of three entries.

This malware coder seems to be participating in an affiliate program with a malicious ISP that is offering hosting services for the entire campaign, not just the malware binaries, so you have a rather good example that incentives and revenue-sharing models result in value-added services, a all-in-one shop for a customer to take advantage of without bothering to approach a third-party.

Cybercrime is getting even more easier to outsource these days, and with the malicious parties improving their communication and incentives model, the resulting transparency in the underground market