Will Code Malware for Financial Incentives

A couple of hundred dollars can indeed get you state of the art undetectable piece of malware with post-purchase service in the form of automatic lower detection rate for sure, but what happens when the vendors of such releases start vertically integrating just like everyone else, and start offering OS-independent spamming, flooding, modifications and tweaking of popular crimeware kits in the very same fashion? The quality assurance process gets centralized into the hands of experienced programmers that have been developing cybercrime facilitating tools for years.

It's interesting to monitor the pricing schemes that they implement. For instance, the modularity of a particular malware, that is the additional functions that a buyer may want or not want, increase or decrease the price respectively. Others, tend to leave the price open topic by only mentioning the starting price for their services and they increasing it again in open topic fashion.

Let's take look at some recently advertised (translated) "malware coding for hire" propositions, highlighting some of the latest developments in their pricing strategies : 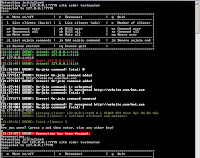 Platform: software running on MAC OS to Windows
Multitasking: have the capacity to work on multiple projects
Speed and responsibility: at the highest level
Pre-payment for new customers: 50% of the whole price, 30% pre-pay of the whole price for repreated customers
Support: Paid
Rates: starting from 100 euros

If, after speaking ultimate price, you decide to add to your order something else - the price change. Prepare the job immediately, which will understand what to do and how much it will cost you, if you have any suggestions for a price, then lays them immediately and not after the work is completed. If you order something that requires parsing your logs, and their continued use, you agree to provide "a significant portion of the logs, so that after putting the project did not raise misunderstandings due to the fact that some logs are no longer "fresh", because of their "uniqueness". In this case, for the finalization of the project will be charged an additional fee."

This is an example of an "open topic pricing scheme" with the vendor offering the possibility to code the malware or the tool for any price above 100 euro based on what he perceives as features included within worth the price.

Proposition 2:
"Starting price for my malware is 250 EUR. Additional modules like P2P features, source code for a particular module go for an additional 50 EUR. If you're paying in another currency the price is 200 GBP or 395 dollars. I sell only ten copies of the builder so hurry up. The trading process is simple - a password protected file with the malware is sent to you so you can see the files inside. You then sent the money and I mail you back the password. If you don't like this way you lose.

I can also offer you another deal, I will share the complete source code in exchange to access to a botnet with at least 4000 infected hosts because I don't have time to play around with me bot right now.

This proposition is particularly interesting because the seller is introducing basic understanding of exchange rates, but most of all because he's in fact offering a direct bargain in the form of access to a botnet in exchange for a complete source code of his malware bot. Both propositions are also great examples that vendors engage by keeping their current and potential customers up-to-date with TODO lists of features to come next to the usual CHANGELOGS, and, of course,  establish trust by allowing potential customers to take a peek at the source code of the malware they're about to purchase.