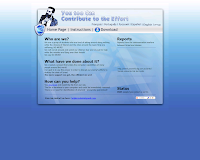 In the very same fashion in which Chinese cyber warriors utilized the "people's information warfare concept" against CNN, followed by Russia vs Estonia cyberattack, the Russia vs Georgia cyberattack, and the Electronic Jihad grassroots movement attempt, pro-Israeli (pseudo) cyber warriors have released an application which once run would allow them to direct the supporters' bandwidth to well known pro-Hamas web sites.

Each of these campaigns is orbiting around a unique application released on behalf of the coordinators. In China vs CNN campaign it was anticnn.exe, in the Electronic Jihad campaign it was e-jihad.exe, and in the pro-Israeli hacktivists vs Hamas it is PatriotInstaller.exe. Excluding anticnn.exe which was working, both e-jihad.exe and PatriotInstaller.exe act as examples of how people's information warfare execution goes wrong. How come? The tools failed to deliver what they promised. An idle bot that I left upon becoming a patriotic supporter of the cause, indicated that the participants are basically idling, without any active DDoS attacks against a particular pro-Hamas web site. 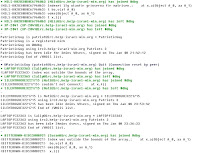 Who are the people behind the project?
"We are a group of students who are tired of sitting around doing nothing while the citizens of Sderot and the cities around the Gaza Strip are suffering, NO MORE! We will not sit around and watch our children fear and cry out for help while the missiles are flying over their heads! We say NO MORE!

We created a project that unites the computer capabilities of many people around the world. Our goal is to use this power in order to disrupt our enemy's efforts to destroy the state of Israel. The more support we get, the efficient we are! You download and install the file from our site. The file is harmless to your computer and could be immediately removed. There is no need for identification of any kind - anonymity guaranteed!"

The Help-Israel-Win movement is naturally feeling the heat as well, and is constantly switching locations, with its currently active one - borabora.globat.com/~help-israel-win.com. The following are related domains used by the pro-Israeli cyber warriors:

In times when DDoS attacks can be cost-effectively outsourced, it's pretty surprising that all the cyber warriors -- excluding the ones in the Russia vs Georgia cyberattack -- aren't taking advantage of the concept, but are relying on grassroots movement. The reason for this is the lack of contact points between the sellers of the DDoS services and the potential buyers, at least for the time being.

Monitoring of the pro-Israeli patriot campaign would continue, with updates posted as soon as something actually happens.

- January 14, 2009
Email ThisBlogThis!Share to TwitterShare to FacebookShare to Pinterest