UPDATE13: The domain snimka31082009 .com has been suspended. Just like the domains listed in UPDATE11, it's worth pointing out that once the PrivacyProtect.org whois records return to their original state, all of the domains are registered using the name Rancho Ranchev -- from Ukraine with typosquatting.

UPDATE12: A new Koobface domain is in circulation across Facebook - snimka31082009 .com -- snimka means photo -- which redirects to the Chinese IP (China Railcom Guangdong Shenzhen Subbranch) offering hosting services for the Koobface gang as of last week - 61.235.117.83 /redirectsoft/go/fb_w.php. The snimka31082009.com domain is in a process of getting shut down.

Zadnik means a**hole. Domain suspension and IP take down are in progress.

UPDATE7: Earlier today, TelosSolutions confirmed that "this customer has been removed from our network". Great news taking into consideration the fact that Directi's Abuse Desk has also suspended boomer-110809 .com, as well as upr200908013 .com.

The Koobface gang responded to the take down action by once again moving to China, 61.235.117.83 (China Railcom Guangdong Shenzhen Subbranch) in particular. The IP has been taken care of, with all of Koobface campaigns once again in an "inactive stage". It's worth pointing out that kallagoon13 .cn and allavers .org are also parked at this Chinese IP, with both domains clearly involved in Zeus crimeware campaigns.

UPDATE6: Following the 24 hours downtime, the Koobface gang has found a new home online, courtesy of Telos-Solutions-AS/Telos Solutions LTD, with an ongoing migration of the Koobface C&C and campaign domains to 91.212.127.140. Take down activities are in progress.

UPDATE4: Koobface has been kicked out of China -- again -- courtesy of China's CERT, and is no longer responding to 221.5.74.46. This is the second time that the Koobface gang is using the same IP for its central campaign domains, clearly indicating an ISP which "reserves its right to offer them services in the future once they stop receiving abuse notifications".

So which hosting provider's services is the Koobface botnet using for the time being? It's 67.215.238.178 - AS22298 - Netherlands Distinctio Ltd, which they were also using in the beginning of the month. A new domain is in circulation across social networks/micro blogging services - kiano-180809 .com/go/fb2.php (67.215.238.178) Email: bigvillyxxx@gmail.com. Take down activities are in progress.

Interestingly, now that the gang's centralized domains used in the majority of campaigns are not responding thanks the quick reaction of BlueConnex, they've started embedding up to 15 iFrames directly loading IPs from the Koobface botnet. The script is detected as Trojan-Clicker.HTML.IFrame.a. The pattern? Each and every host is serving the fake Facebook page from a similar directory - /0x3E8/. 221.5.74.46 is in a process of getting shut down.

UPDATE: Three hours after notification, Blue Square Data Group Services Limited ensures that "the customer has been disconnected permanently". It's a fact. All of Koobface worm's campaigns currently redirect to nowhere. Let's see for how long.

Kuku Ruku Koobface! What does Koobface has to do with a legendary cocoa cream wafer Koukou Roukou sold in the 90's? It's one of new domains introduced over the past seven days (kukuruku-290709 .com now offline thanks to community efforts).

During the week, they've migrated from 67.215.238 .178/redirectsoft/go/fb_s.php (PacificRack.com) to 85.234.141 .92/redirectsoft/go/fb_s.php (BlueConnex Ltd), interestingly, they did so with all of the their currently active domains, the ones used as central redirection points on the thousands of legitimate/malicious sites participating in their campaigns. Interestingly, merely suspending a domain name wouldn't get you a personal greeting from the Koobface gang, since they'll basically register a new one. Getting them kicked out of several different hosting providers simultaneously would. Upon having their newly pushed domains shut down, the gang stopped using domains and switched to the original IP of their hosting provider, once again requiring a direct ISP action, instead of domain registar's one. 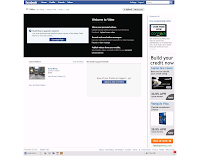