Counting the Bullets on the (Malware) Front 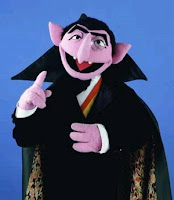 How much malware is your antivirus solution detecting? A million, ten million, even "worse", less than a million? Does it really matter? No, it doesn't. What's marketable can also be irrelevant if you are to consider that today's malware is no longer coded, but generated efficiently and obfuscated on the fly. Sophos's recent statistics :

"It is estimated that the total number of unique malware samples in existence now exceeds 11 million, with Sophos currently receiving approximately 20,000 new samples of suspicious software every single day - one every four seconds."

F-Secure's comments according to which they're "lacking behind" Sophos with ten million malware samples :

"Our AVP database reached one million detection records last night. Dr. Evil would be so impressed…"

McAfee's recent comments as well, which seem to detect less malware samples than F-Secure, depending on how you count them of course :

Given the speed in which malware authors are lauching a DDoS attack against AV vendors by crunching out dozens of malware variants parts of a single family, their actions could start directly driving the data storage market, and if they continue maintaining the same rhythm, soon you'll be partitioning a separate GB for the signatures files. Then again, the number of malware samples detected by an antivirus solution isn't the single most important benchmark for its actual usability in a real-life situation, keep that in mind.

Where's the Count when you need him most? Well, he's somewhere out there counting.
- July 25, 2008
Email ThisBlogThis!Share to TwitterShare to FacebookShare to Pinterest