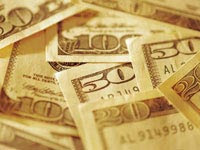 The WMF was reportedly sold for $4000, a Vista zero day was available for sale at $50,000, and now private vulnerability brokers claim that they beat both the underground and the current incentive programs, while selling vulnerabilities in between $75,000 - $120,000.

"The co-founder of security group Secure Network Operations Software (SNOSoft), Desautels has claimed to have brokered a number of deals between researchers and private firms--as well as the odd government agency--for information on critical flaws in software. Last week, he bluntly told members of SecurityFocus's BugTraq mailing list and the Full-Disclosure mailing list that he could sell significant flaw research, in many cases, for more than $75,000. "I've seen these exploits sell for as much as $120,000," Desautels told SecurityFocus in an online interview."

But the cash bubble is rather interesting. Zero day vulnerabilities are an over-hyped commodity and paying to get yourself protected from one, means you'll be still exposed to the next one while you could have been dealing with far more risky aspects of protecting your network, or customers. The (legitimate) business model breaks when every vendor starts offering a "bounty" for vulnerabilities while disintermediating the current infomediaries. It would be definitely more cost-effective for them, than improving someone's profit margins. Or they could really reboot their position in this situation by applying some fuzz logic on their own software at the first place.
on January 25, 2007
Email ThisBlogThis!Share to TwitterShare to FacebookShare to Pinterest
Newer Post Older Post Home