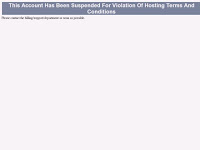 In the last quarter of 2007, under the public pressure put on the Russian Business Network's malicious practices, the RBN started faking the removal of malicious domains from its network by placing fake account suspended notices, but continuing the malware and exploit serving campaigns on them. And since I constantly monitor RBN activity, in particular their relationship with the New Media Malware Gang and Storm Worm, a relationship that I've in fact established several times before, a recently assessed malicious domain further expands their underground ecosystem. Let the data speak for itself :

It gets even more interesting as the downloader attempts to download the following :

And as I've already pointed out in a previous post, 88.255.94.250 is the New Media Malware Gang. Moreover, next to m.exe and d.exe with an over 50% detection rates, 200.exe is impressively detected by one anti virus vendor only :

There's indeed a connection between the RBN, Storm Worm and the The New Media malware gang. The malware gang is either a customer of the RBN, partners with the RBN sharing know-how in exchange for infrastructure on behalf of the RBN, or RBN's actual operational department. Piece by piece and an ugly puzzle picture appears thanks to everyone monitoring the RBN that is still 100% operational.
on January 15, 2008
Email ThisBlogThis!Share to TwitterShare to FacebookShare to Pinterest
Newer Post Older Post Home